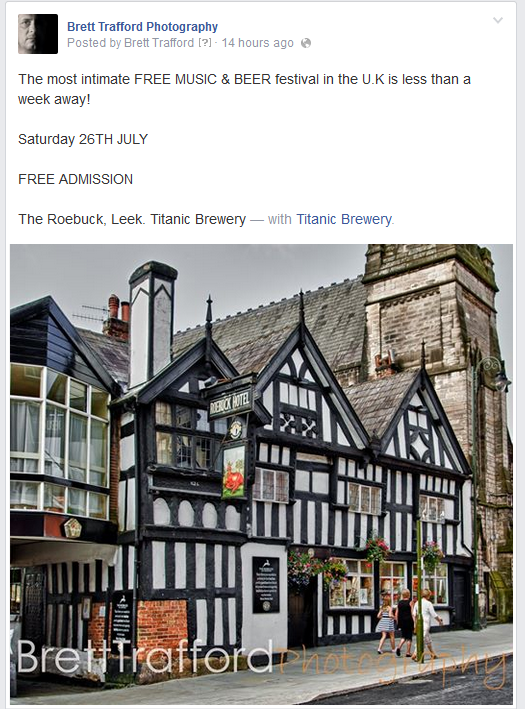 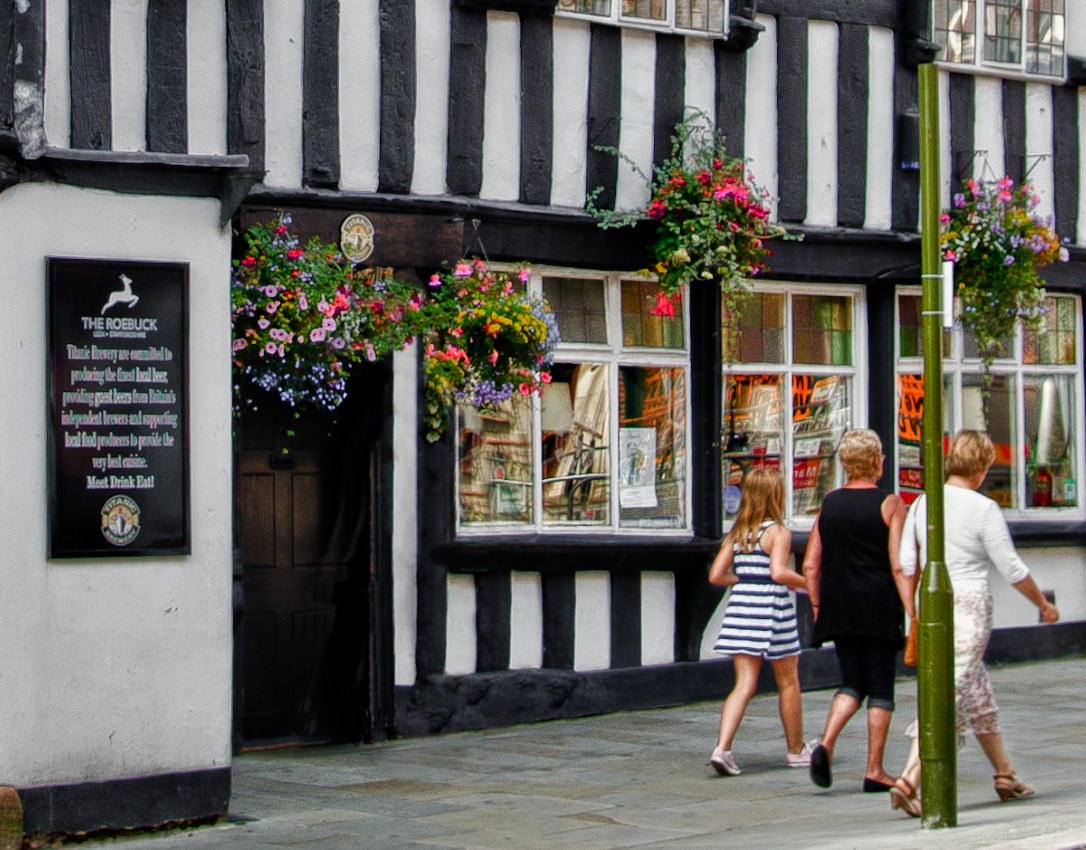 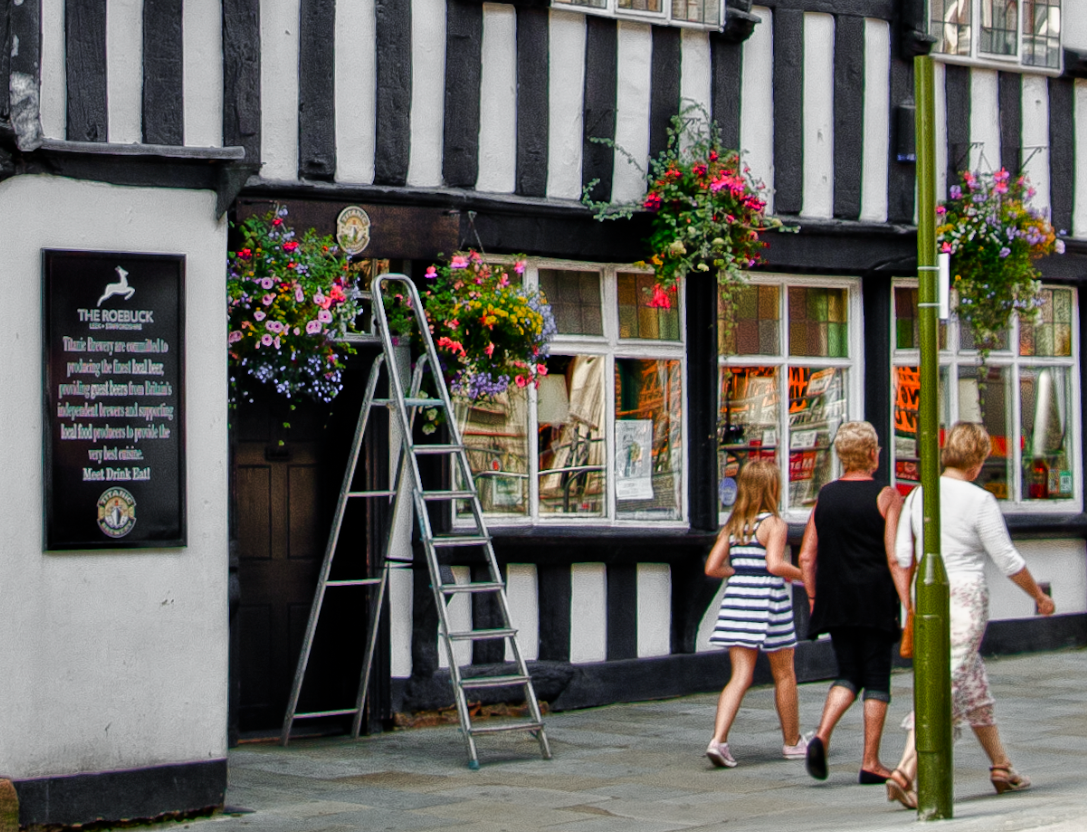 I try and support local business and events when I can, so when the Roebuck announced a music festival I thought I would share it on Facebook. First a new picture of the pub would be in order so I pop up town on a sunny day to take one.

Here is where the problems started, the sun (or the pub) were in the wrong place, leading to a dull picture, the normal advice of going back at a different time only applies to people with nothing much to do with their day, so I took the shot knowing a bit of processing was in order to jazz it up a bit.

Then there was a pair of step ladders in the shot, at the time they were not too distracting but at home they looked awful so they had to go, yet more time in photoshop. As always with me I try to take a quick snap and end up turning it into a full on photo shoot.

This image took 30 mins to complete, plus the hour spent popping up town, why waste such a lot of time on this you might ask, as I did when I had finished, when I am always short of time.

The answer lies at the core of what I believe, that when you show an example of your work, you should always try to show your best.

I am a photographer so a quick snap just won’t do, no matter where it is shown, facebook is no less important than a giant billboard.

Also the owners of the pub have spent a fortune doing it up and keeping it nice, so a crap picture would be an insult to their hard work, this shot could be someone’s first impression of the pub, it needs to be a positive one. 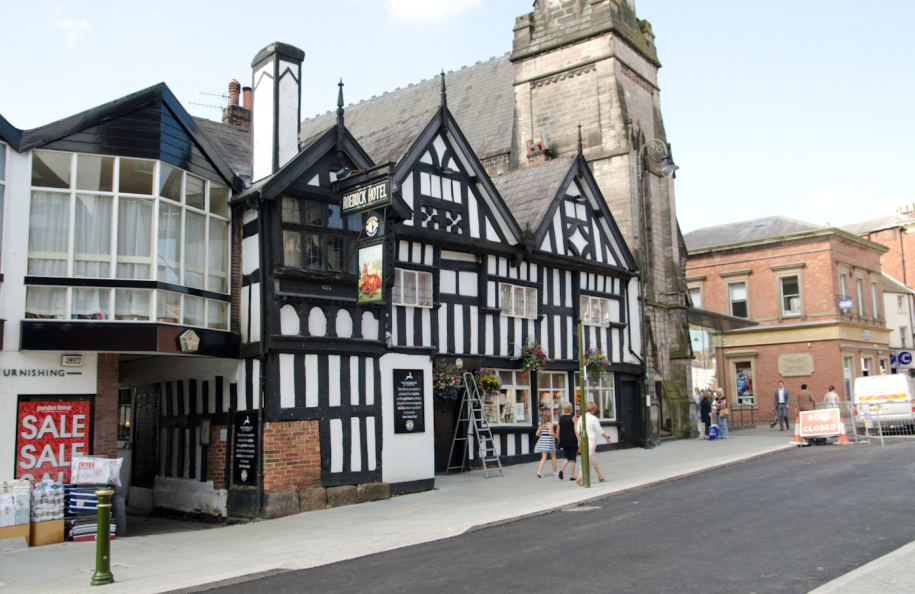 So why the post and the 2 before pictures, well although I’m a little annoyed with myself for taking so much time over the shot, I’m also quite pleased with the finished image and the work that went into it.

Rather like a swan gliding on the water, unless you known what went on behind the scenes the picture does not show the effort that it took to produce and I felt that it would give an insight into what some of my quick pictures on facebook take to produce.

Here is the offending pair of step ladders, if this had been a formal shoot, I would have moved them, 30 seconds by hand instead of 1/2 an hour by photoshop, but wandering up and shifting someone’s ladders without permission is not on.

Here is the untouched RAW picture, I always shoot RAW (uncompressed image files) so I can work on them my self for full control, it takes time but the finished result is worth it.

What always surprises me is the number of would be photographers who post poor images to facebook and twitter, it’s a photograph, it’s your work, be proud of it and treat each image with the same respect.