As a kid I always looked forward to the weekend, as an employee I hated having to work the weekend, now I am my own boss I find that even getting 2 days off a month a challenge. So this post is about how I spent Saturday and I will point out that although it was a bit special it is closer to the norm than you would expect.

6:30 am   A bit of a lie in, but only because some of the prep was done last night. First job to check all the kit for the shoot is ready, lenses clean, cards formatted and batteries charged, all this times two as I carry a complete back up set of kit. All this is done first as I’m 1/2 a sleep and as I’ve been doing this for so long I can really do it with my eyes closed.

7:30 am  Breakfast, coffee and porridge, not at the same time, finish loading both cars and head off to the show ground.

8:00 am  First task is to unload the cars, set up the stall and make sure Carolyn has everything to hand before I dessert her for the main part of my day. At this point it is worth pointing out that without her support I would have had to be up at least 2 hours earlier and would not of been able to do all I had planned during the day, and none of my customers would have had any Pimms.

9:00 am  The start of the task for the day, photographing the Leek Show. It’s already hot, and I have a lot of ground to cover, my brief for the day is simple, capture the show in all its facets to provide the committee with images to promote the show over the coming year. In reality its a massive tasks, there is just so much going on at the same time all over the site, here is where the visit to the site yesterday pays off, as I known where everything is and how to get there, but add in a killer heat, tons of camera equipment and 1,000’s of people, it makes getting around a nightmare.

As an amateur I would have done this for fun, wandering around in the sunshine with my dog, snapping what I wanted, with no pressure to capture this once only event, the culmination of a years works for an army of volunteers. Now I feel the pressure, not only having to photograph loads of different stuff, but to get it looking fit for purpose and to do justice to all the hard work that has gone in to the show. 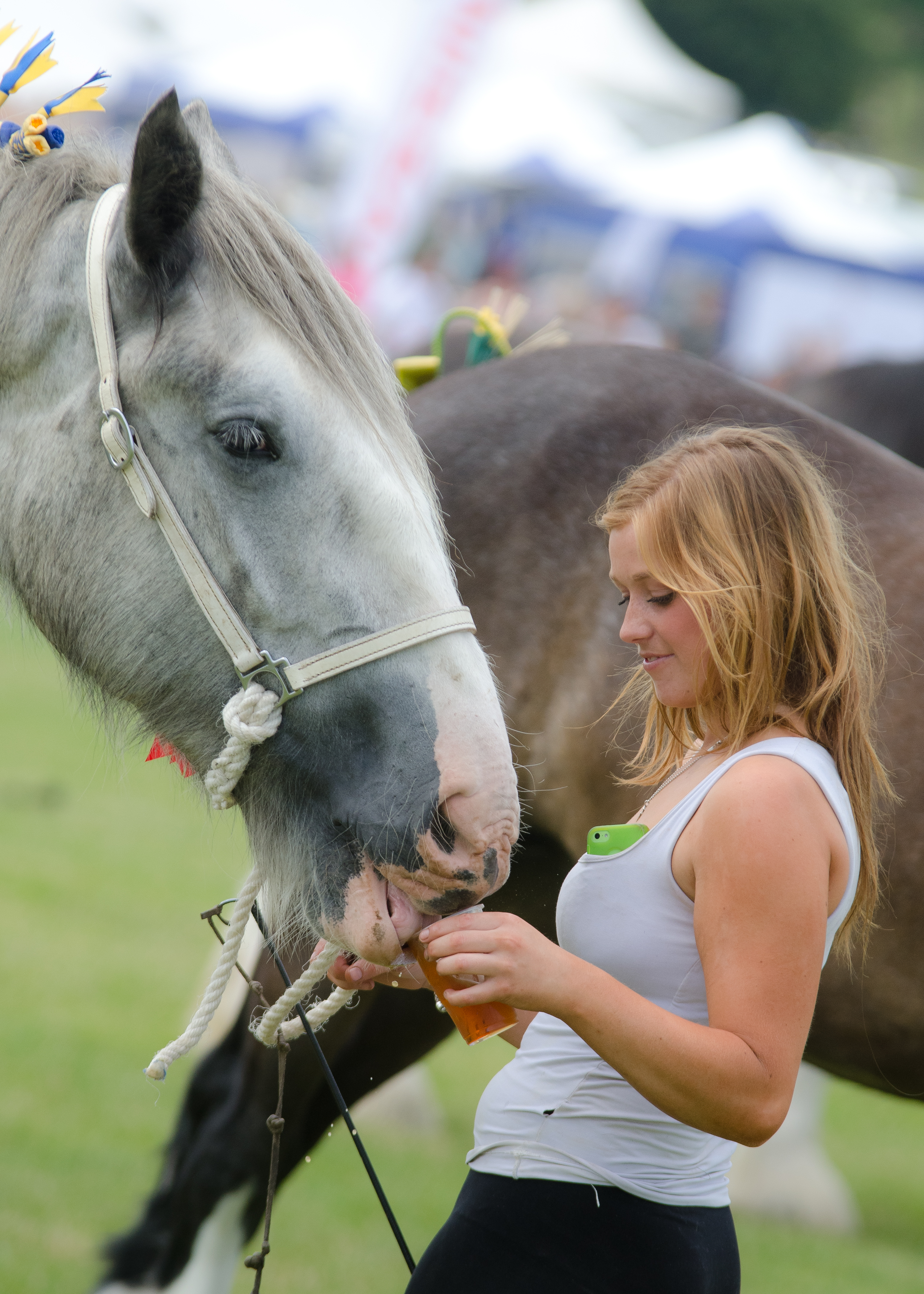 1:15 pm  Back to the stall for 1/2 hour, no rest as Carolyn heads off to look around and I run the stalls and photograph the Shetland Grand National at the same time. It’s just gets hotter and hotter, thank god for the cool box running at full power in Carolyn’s car.

1:45 pm  Off around the show ground again, it’s so hot that even moving brings on a sweat, I rush around trying to catch things missed this morning, keeping an eye on the time as at 3:00 pm I need to be at the main ring for the Shire Horse Presentation followed by the Grand parade of Cattle and Sheep in ring 2 at the other end of the site.

4:15 pm  Back to the stall for 1/4 hour, lots of water and grab 2 samosas as I jog up the site to catch the Flyin Ryan Stunt team. 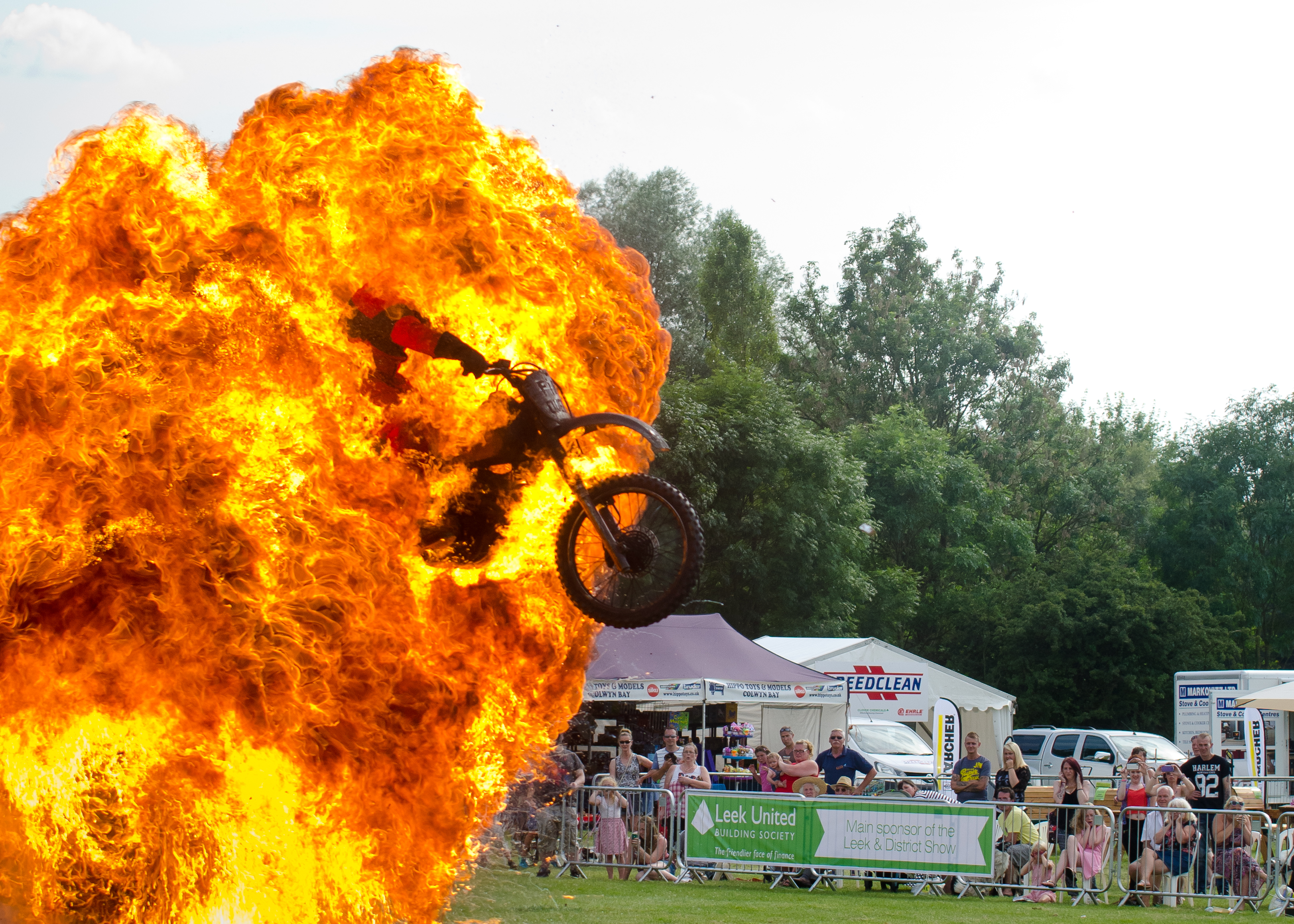 5:30 pm  Back to the stall for the last time, after photographing the stunt team and catching more of the show on the walk back, although by now it is winding down and gaps are appearing as stalls are taken down. At the stall I gratefully put down the cameras and chat to a few customers as we start to pack up the stall and gazebo.

6:30 pm  Carolyn’s car all loaded, she tries to head off to pick Ziggy up, but the battery’s flat due to the cool box running since this morning, I wander the site in search of jump leads and get her on her way before going back to packing my car.

6:55 pm  Up to the Roe Buck for Alecoustic, I said I would try to get some pictures, not really thinking it through, and even as I lean on the bar my eyes are closing, but a pint soon revives my spirits and I watch and photograph the most entertaining act I’ve seen in a long time, Mick Squalor, and even manage to wait while the next act sets up to grab a few of him as well. 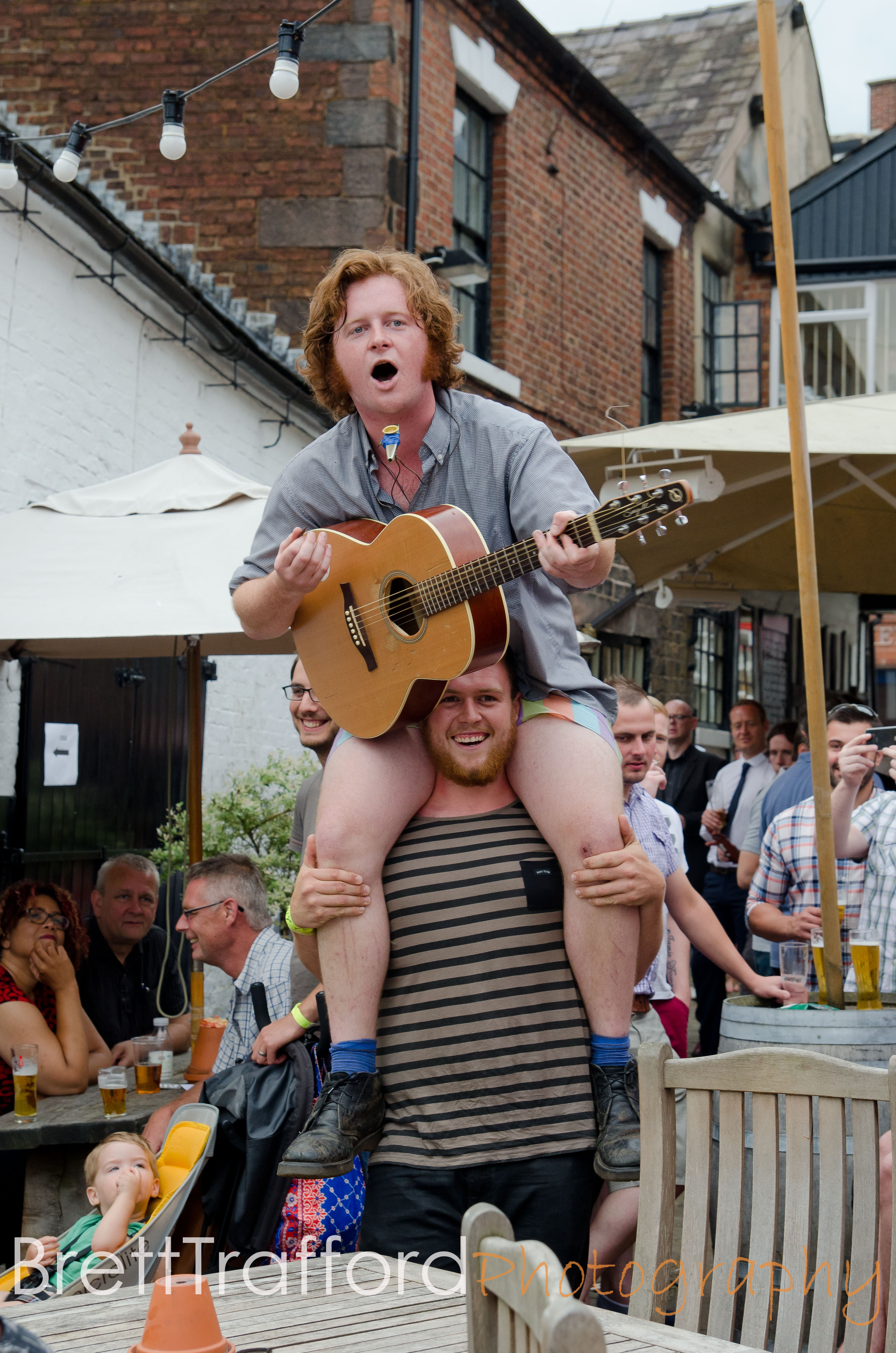 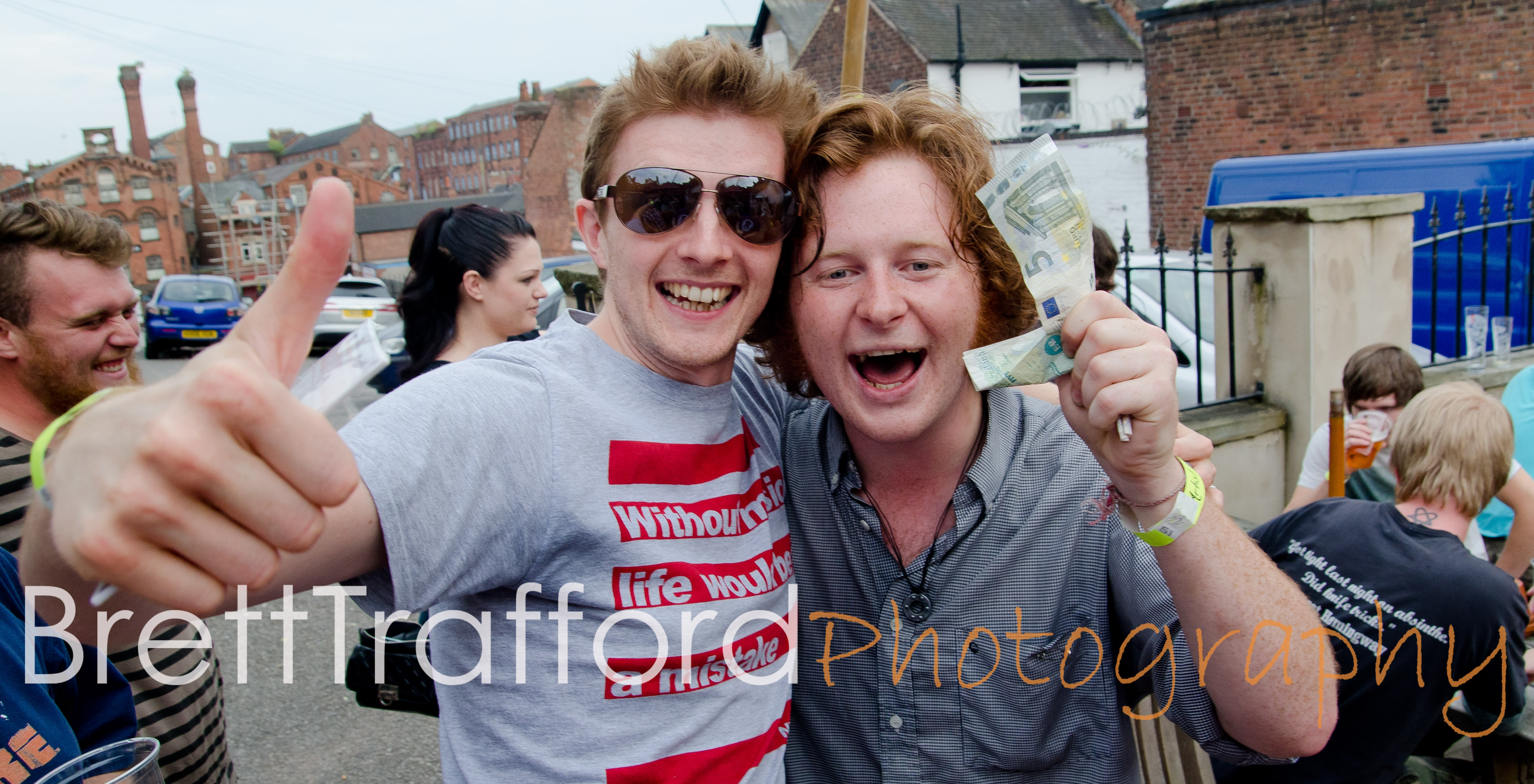 8:30 pm  Home, at last. Car unloaded , cameras tucked away, 1/4 hour later I’m off out to a friends house for a bar b que. I’m the last to arrive, but there is loads of cold beer and even some burgers, just realised how hungry I am.

11:45 pm  Home and bed, up early tomorrow to walk Ziggy as he was left out of the fun Saturday and then to work on the photos as some are needed by the local paper first thing Monday.